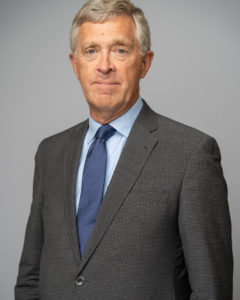 Geoff Plant is a lawyer and mediator based in Vancouver. Mr. Plant is a partner with Gall Legge Grant Zwack LLP and serves as Chancellor of the Emily Carr University of Art + Design.

After leaving politics, Mr. Plant has provided public service in a number of other capacities, including serving as Board Chair of Providence Health Care and Board Vice Chair of BC Ferries, and leading negotiations on behalf of government with First Nations political organizations Mr. Plant has also served as Board Chair of the British Columbia Land Title & Survey Authority, the Canada West Foundation, and the Dalai Lama Center for Peace and Education. He was also named as one of Canada’s Most Influential Lawyers by Canadian Lawyer Magazine and served as Vancouver’s Civil City Commissioner.

Mr. Plant brings a wealth of experience in government relations and governance to the OLHI Board of Directors as well as expertise in dispute resolution, mediation and law.